Windows XP, like every Windows product, has a lifecycle. This lifecycle ends when it’s no longer supported or sold. Windows XP will no longer be supported from April 08, 2014. The countdown in the right-hand column tells you how long you have until this point, but what happens then?

In all honesty, nothing. Your Windows XP computer will still boot up and you can continue to use it as you would normally, but your computer will no longer receive security updates that can help protect your computer from harmful viruses, spyware and other malicious software that can steal your personal information. Any exploits found in newer versions of Windows are likely to be tested to see whether they can also be adapted to attack Windows XP, and, if they’re successful, there will be no help from Microsoft in fixing the problem.

You have a number of options and cost will play a part in your decisions.

You could buy a new computer with Windows 7 or Windows 8 installed. Many people do not like the idea of Microsoft’s latest operating system Windows 8 as it is a big change from what people have been used to. The onus is on a more ‘touch screen’ environment with a need to still swap between the new look desktop and the old familiar desktop environment to carry out certain tasks. Windows 7 computers are still available to buy though they are harder to find from the large retailers as sales are concentrated on Windows 8 based computers.

We can provide both Windows 7 and Windows 8 computers at very reasonable prices. Our ‘economy’ computer is priced at £305 and can have Windows 7 or Windows 8 installed, the price includes setting up the computer in your home, free antivirus and an hour of free tuition on your new computer, if you should need it. The price does not include a monitor, keyboard or mouse. You could upgrade your current computer but this may not be the most cost effective option especially if your computer is relatively old as hardware will need upgrading or replacing and may work out more expensive than a new computer.

Better still, why not replace Windows XP with Ubuntu.

It is the world’s most popular free Operating System used by over 20 million people worldwide. Buy an economy computer from Sig-ma with Ubuntu installed for £235 – and that still includes the setup and hours tuition. You can read about Ubuntu on their website which is www.ubuntu.com and you can always book a free session with Sig-ma so you can experience it for yourself and ask any questions.

For an idea of the computers we sell visit http://www.sig-ma.co.uk/custom.html 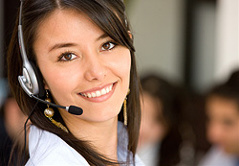 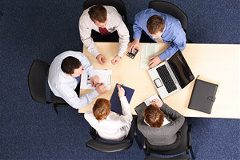